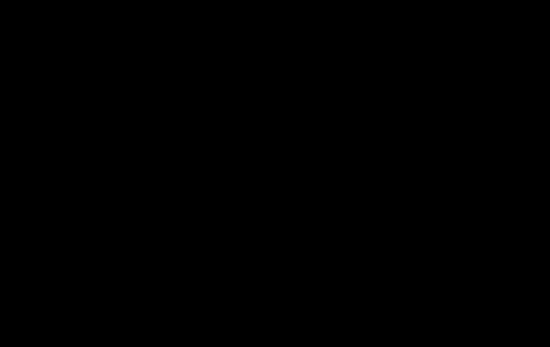 Transas offers a full range of navigational simulators, designed to meet the needs of the modern marine industry, covering the following levels of training:

Simulator systems from Transas have been type-approved by Maritime and Coastguard Agency (MCA) (UK), France Telecom (France), Industry Canada (Canada), Germanisher Lloyd (Germany) and the Russian Register of Shipping. Training courses based on Transas simulators have been acknowledged as compliant with the STCW requirements and accepted by US Coast Guard, MCA in the United Kingdom and several other organisations.

Navi-Trainer shiphandling simulators from Transas provide a unique combination of advanced software, standard PC software and hardware, and optionally simulated or real onboard equipment. All Transas simulators feature modular-designed architecture and are extremely flexible in terms of both the composition of exercises and the number of workplaces required by the user.

Main components of the Full Mission bridge simulator include:

The visualisation system allows the reproduction of the environment such as water surface, rough sea, coastline, aids to navigation, moving surface and airborne craft, coastal objects and structures.The system provides a realistic display of any weather conditions, various atmospheric phenomena, time of the day, visibility and illumination effects, reflection and glare on the water. The visualisation shows all the stages of mooring, towing and search and rescue operations, making the simulator an exclusively efficient means of training in special sections of seamanship.

Sky with clouds and atmospheric effects including haze, fog, rain or snow. Sun in day scenes and moon and stars in night scenes with position according to time, date and geographic position of the viewer.

A three-dimensional sea model with dynamic bump mapping surface texturing. Sea surface reflects sky, clouds, sun, moon and stars. The natural light sources, such as the sun and the moon, are reflected with their lighting paths. Water with true three-dimensional waves, which respond to the wind, current, the Beaufort scale numbers and the motion of Own ship accordingly. All visual presentation parameters of the water surface can be pre-set or dynamically changed from the instructor workstation.

Approximately 100 simultaneously visible aids to navigation including lighthouses, beacons and buoys. All navigational lights and navigational marks of the exercise area display the correct colour, sectoring and characteristics according to the approved navigation charts and Admiralty List of Lights.

The visual system provides local areas of reduced visibility such as those due to cloud, fog banks, thunder storms and rain squalls, which can be dynamically changed during the exercise.

The displayed water level depends on real tide level according to local time.

Targets are traffic vessels, helicopters, routed clouds, people in lifeboats, floating objects, etc. Up to 30 detailed targets in the scene simultaneously. Bow waves and wakes that respond realistically to ship speed, manoeuvres and surface waves. Mooring lines, anchor chains and towlines. Traffic ships are capable of showing various day or night signals, indicating their activities according to the Rules of the Road. Each traffic ship is capable of Morse light signalling.

The change from day to night and from night to day, with the twilight period in between, is gradual and realistic. The illumination level of the depicted scene is such that the objects may be seen in appropriate shades according to the time of day (illumination in itself), distance from Own ship and the level of visibility (visibility and distance shading) and sun position (sun angle-shading).

The visibility of space objects is naturally influenced by pre-set general meteorological visibility conditions, such as fog, rain, and snow; as well as the pre-set cloud density. Atmospheric precipitation includes 3D rain and snow models with pre-set or dynamically changed speed and density.

All the objects in the scene (including the sea surface and excluding the lights) have sun angle-shading, that takes into account the height and azimuth of the Sun and the orientation of the object.

The system creates an acoustic environment corresponding to the sailing conditions. It allows imitating the noise of the wind, engine operation depending on the speed, noise of the anchor line, noises of own ship and target ships (such as whistle, gong, bell).

The success of Transas in the simulation market is to a large extent due to the superior quality and accuracy of the hydrodynamic ownship and target ship models incorporated in the simulators. The extensive Transas library of simulated ship models comprises vessels of different tonnages, sizes and hull forms. All Transas models have been validated by ship captains, pilots and navigation experts. The use of external ship models is also possible with the Transas ship handling simulators.

Mathematical models of ships and ship equipment can be edited by using a special Model Editor supplied with the simulator. This program allows the user to correct the ship mathematical model, and thus to create individual models for personal needs.

By the customers’ request, the company can develop new areas for any part of the world. Great emphasis is laid on the creation of river areas.

Navigational simulators in any configuration allow modern radars and ARPA operation skills to be practiced. For this purpose, both computer imitators and actual radar displays connected to the simulator can be used. Transas can create radar scenes of any water area in the world at the customer’s request. The simulators use an accurate mathematical model of radar signal propagation, which enhances perception realism and training efficiency.

Navigational simulators use the Transas Navi-Sailor ECDIS, which is one of the world’s most commonly used shipboard electronic chart systems operating on thousands of ships.

The Transas ECDIS holds type approval certificates from BSH, DNV and the Russian Maritime Register of Shipping. The real electronic chart system included in the simulator allows familiarisation with all the details of electronic chart operation, including route generation and editing, electronic chart updating and the principles of displaying various information.

Supplied as part of the simulator is an extensive electronic chart collection covering all the seas and oceans of the world. Electronic charts in different formats can be displayed: vector – ENC ver.3 (official charts issued by the HOs in compliance with the IMO requirements): TX-97 (by Transas); NIMA (charts produced by the US military agency); raster charts – ARCS (charts issued by the British Admiralty); NDI/BSB (charts by the US HOs) and raster charts by other hydrographic offices.

Transas Fishing Trainer simulator is a powerful solution to the professional training needs of fishery crews. To allow hands-on training on a fishing vessel bridge, the Fishing Trainer can be fitted with realistic consoles that control trawl, seine and long-line winches.

The simulators also enable full training in all aspects of classic navigation. The use of highly realistic models of the ships, ship equipment, fishing gear and fish finding devices makes it possible to use the simulators for improving trawling and seine-net fishing tactics.

The Ice Navigation module developed jointly with the Arctic and Antarctic Research Institute allows training in the crew procedures used:

The Transas Tug Operator Trainer provides users with excellent tools for both ship assist training tasks and professional training of tug and barge operations, including escorting, mooring and docking; towing a stern; pushing ahead; operating ‘on the hip’; operating with notch barges; making and breaking a tow. It is possible to use tugs as own ships handled by the bridge team, or as target ships handled by the instructor manually or in the semi-automatic mode.

Transas simulators enable the full-scope of search and rescue operations training as per the IAMSAR manual (edited jointly by the International Civil Avialion Organisation and International Maritime Organisation).

Modelling of modern types of rescue boats, helicopters, facilities for the detection and rescue at sea, as well as of the communications, allows training in their use and in the coordination of the search and rescue operations in the most adverse weather conditions.

The synchronous recording and playback of the event, the use of equipment and exchange on the air are the most effective means for corrective training in the search for human life at sea.

Transas navigational simulators have a number of naval applications, which allow training in the following operations:

The fact that Transas simulators use the Navi-Sailor 3000 electronic chart system, the first one in the world to have been adapted to naval needs, is of particular importance.

Special operations simulators have found extensive applications both in naval schools and at Coast Guard naval bases in many countries of the world.

The instructor station provides the instructing personnel with the necessary facilities for the efficient generation of exercises, execution and debriefing of exercises.